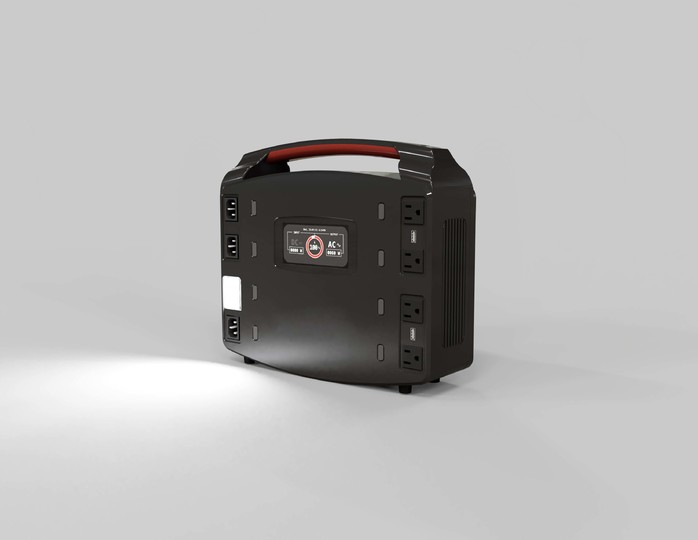 While renewables are preferable to fossil fuel generators from an emissions standpoint, power output from renewable sources tend to be intermittent, which makes these plants more difficult to control and making integration with grid more complex. For example, solar energy output may fluctuate due to clouds, while wind energy is dependent on the availability of wind and further challenged by wind speed fluctuations.

For this reason, in applications disconnected from the electricity grid, such as portable ones or for isolated areas, solar panels are always used together with a battery-based energy storage system. In typical arrangement, solar panel supplies current to a DC-DC voltage regulator, which powers the load and also charges the batteries. When the power delivered by the panel decreases, batteries will be used to power the load. When the panel returns to supply power, it powers both the load and the batteries that need to be recharged.

The technology owner has developed a patented battery connection method with a software-driven controller, to replace the DC-DC converter, charge controller and inverters typically used in renewables setup. This technology adopted a para-series circuit arrangement, whereby batteries are arranged in parallel and series in two separate circuits with two separate independent cycles to form a new battery connection method. The first battery circuit is connected in parallel to the renewable power source while enabling simultaneous charging of batteries. The circuits then switch to a second battery circuit that is timed precisely (using transistor switches) and connected to the load in series, thus enabling a higher constant voltage to the load. This arrangement enables decentralised electricity generation using renewable energy as it is capable of simultaneous charging and discharging using a small solar panel, reducing the need for complex electronic hardware.

This solution integrates both AC and DC seamlessly and can replace most electro-magnetic components including battery management systems, DC-DC converters and inverters, while enables precise voltage and current regulation within battery systems.

With presence in Singapore and the United States, the startup team is currently working towards the commercialisation of the product, and is seeking industry partners to license and adopt the technology. The company is also open to collaborations in the form of research, testing and training services to facilitate the adoption of their technology.